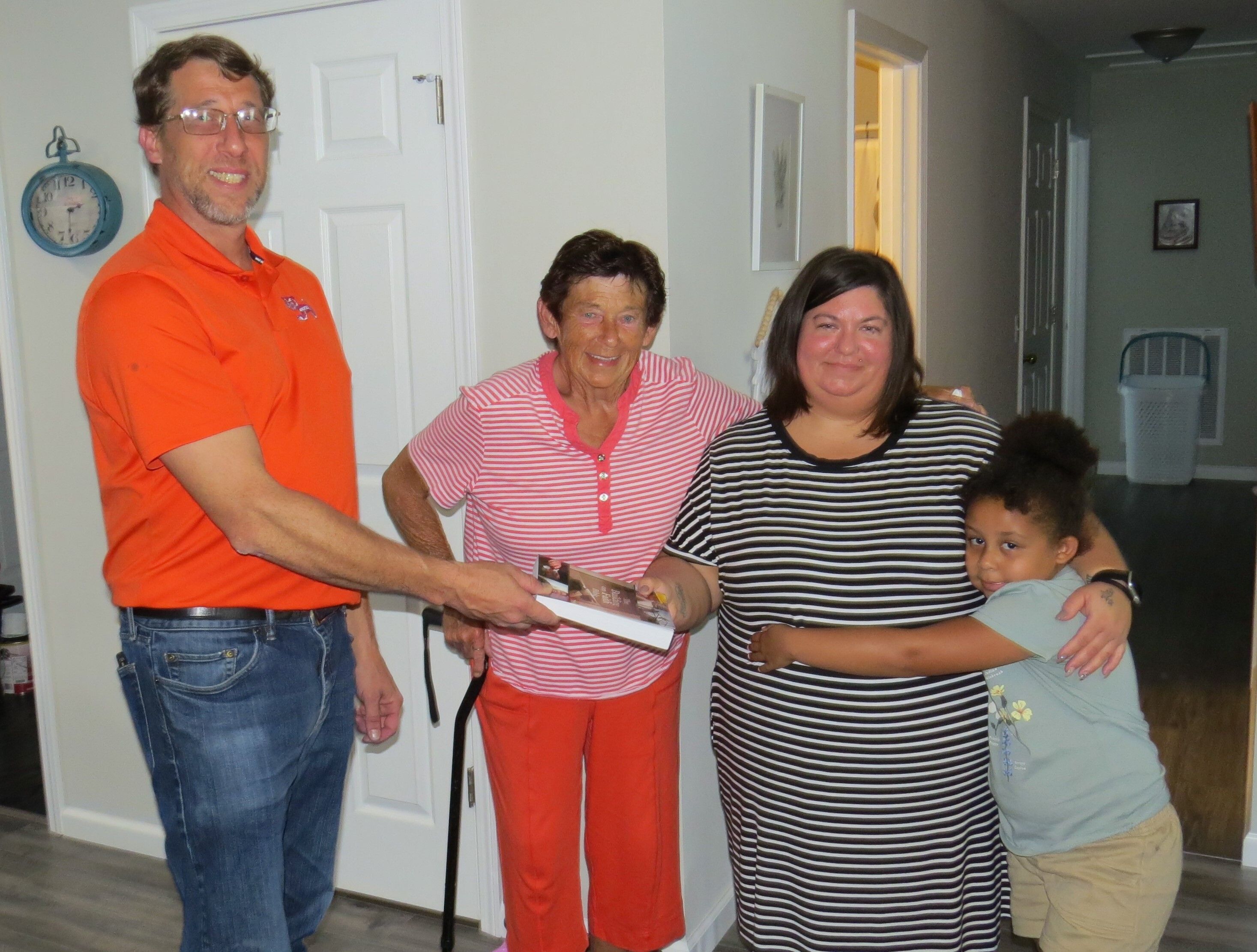 A Habitat home dedication is a ceremony that takes place in the new home of the new homeowners to recognize the achievement of homeownership and the hard work it takes to make that dream a reality. Home dedications are an important step for homeowner families and for Habitat staff and volunteers. The families get to meet those who helped with construction or behind-the-scenes, and for the staff and volunteers it is an opportunity to finally see the completed home.

The home dedication ceremony shows the new homeowners that the community supports them and it reaffirms to the staff why their work is so important. As a reminder that our mission is Christ-centered – to put God’s love into action by bringing people together to build homes, communities, and hope – a Bible is presented to the new homeowner and a blessing is prayed over each house and family member.

Alley Linder, president of PCHFH Board of Directors, believes that the home dedication reaffirms commitment and provides a satisfying feeling of accomplishment, even for those who aren’t directly involved in the day-to-day construction of the home.

“It’s good to come together and see why you do it again. The feeling of joy, and it can be pretty emotional,” Linder said.

The Ropers, who moved into their new home in July of this year, are very grateful for the opportunity to own a Habitat house, which is more convenient and safer than their old home. Britney Roper’s daughter, Breanna, described seeing the house for the first time.

“It was beautiful,” she said exitedly. “I even got my own unicorn room that I love! It’s like a dream come true.”

At Kiara Robinson’s home dedication, also held in July, her whole family was there to celebrate and support her. They were able to see how much work she put into her new home for herself and her daughter, London. Linder described Robinson as ambitious and focused and said that her journey to homeownership was the result of hard work.

"Kiara is a strong-willed, dedicated, goal-driven person,” he said. “She set those goals and achieved them.”

The community plays such a vital role in a home dedication. By celebrating these families in this way, the Habitat team is supporting and creating connections with families like the Robinsons and Ropers, who now have the opportunity to create better lives for themselves.