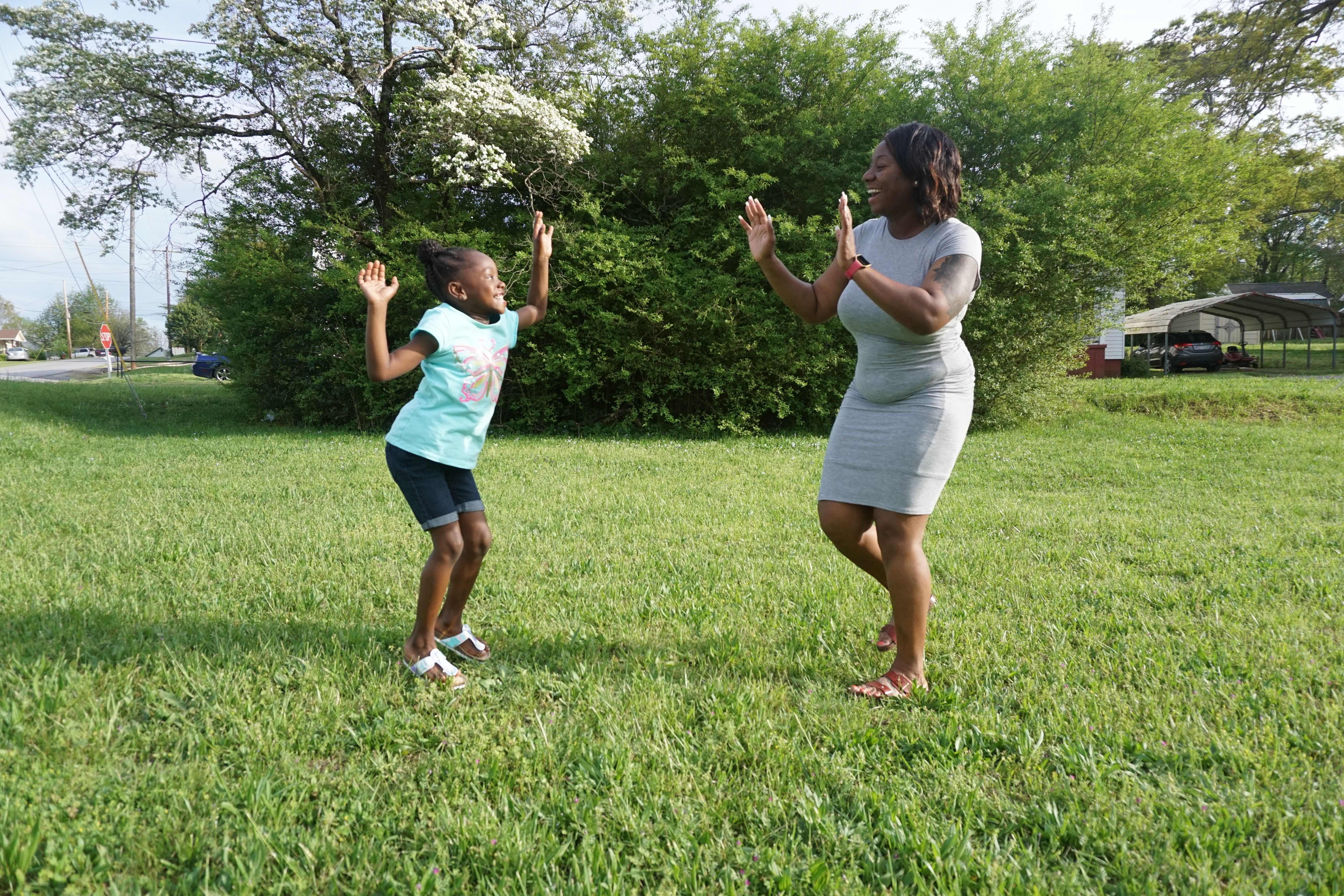 “It came so quickly I almost let it pass me by without realizing, ‘Hey, I’ve been here a year now!’” Kiara said. “So when I did realize that I’d been there a year, I was very excited to realize I’d made it that far.”

Kiara said reaching the one-year mark as a homeowner has been a great experience and an adjustment. For example, Kiara has had to learn to focus on small housekeeping tasks that she didn’t have to keep up with before becoming a homeowner, like changing the air filter on the HVAC unit. This spring, Kiara is getting ready to power wash the house, and she is looking forward to planting flowers and tidying up her yard.

Although it can be challenging, Kiara appreciates the opportunity to learn self-reliance as a Habitat homeowner. She talked about the financial responsibility that comes with homeownership, being ready for major repairs or to replace appliances suddenly.

“It’s not easy being an adult, but it is very worth it,” she said. “I’m very grateful that I was chosen to be a part of this program. It’s taught me responsibility on a level that I didn't realize it would, being prepared for anything to happen. You can't just depend on a landlord or family members to do those things. It falls solely on me.”

Kiara’s favorite part of her home is having her own space and being able to go home at the end of the day and have her house look the same as it did in the morning. London has also adjusted well to the home.

“She’s enjoying the new house tremendously,” Kiara said about her daughter. “She loves having her own space and being able to be as creative as she wants to be in how she decorates her room.” Kiara added that London also loves riding her hoverboard around the house.

Kiara said she thoroughly enjoyed working with Pickens County Habitat for Humanity, and praised the staff for helping her through the process.

“Jill and Rosey guided me most of the way – all of the way. They kept me grounded when I got nervous. They were very caring and knowledgeable,” Kiara said. “Chris was very patient in helping me ‘cause I’ve never done anything semi-related to construction stuff.”

Now, Kiara feels excitement when she imagines the years to come and celebrating holidays in her own home! Kiara and London are thankful for the foundation PCHFH gave them to create a better life for themselves, and they are looking forward to making many more memories in their Habitat home for years to come.