Behind the Scenes: The Homecoming Build Administration 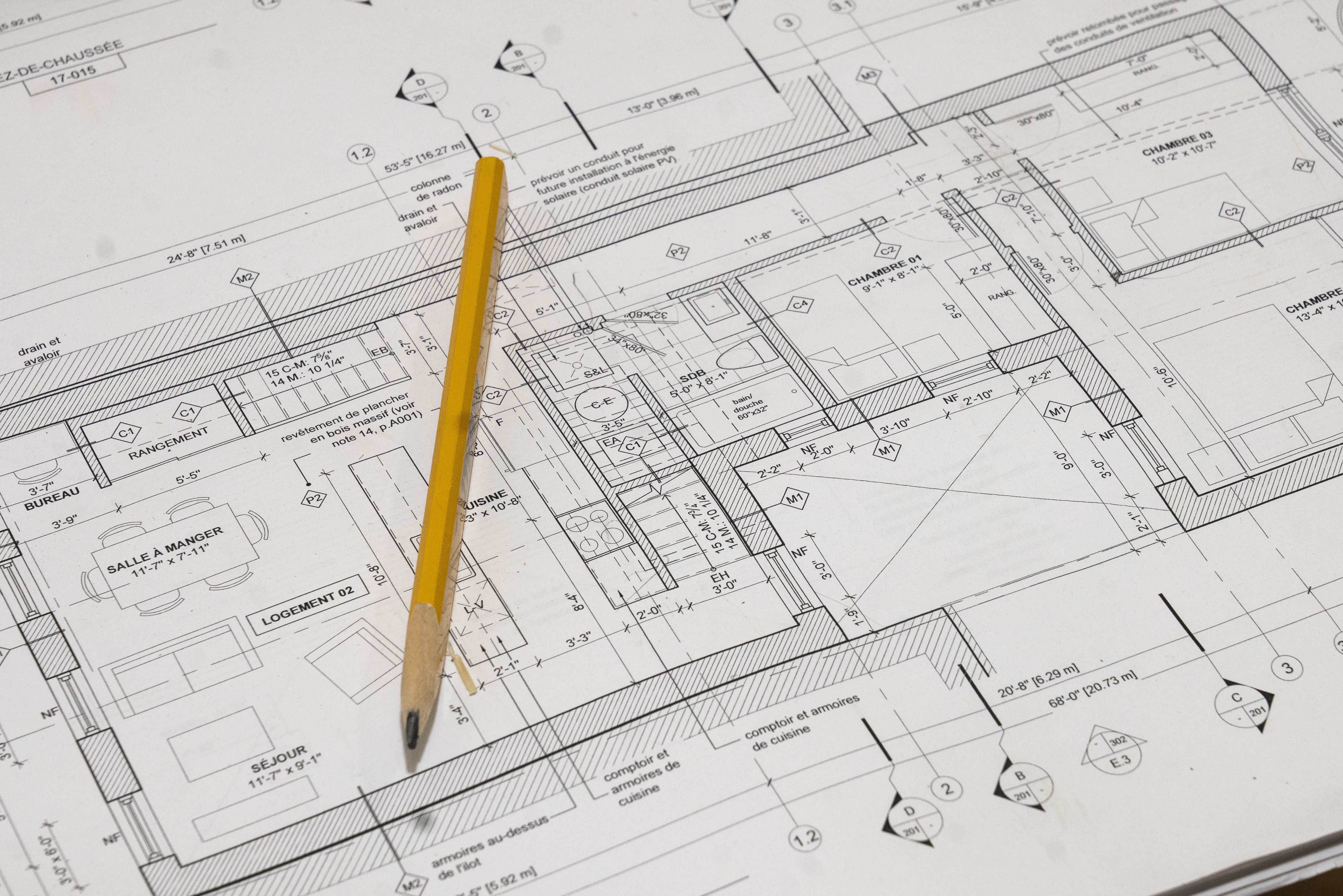 The most noticeable part about the Pickens County Habitat for Humanity at Clemson University (Campus Chapter) Homecoming Build each year is the rapid progress on the house observed by people walking by and driving past the jobsite. But the Homecoming House is sometimes fondly described as “an iceberg,” because there is so much work done to prepare for it which most people don’t get to see!

Planning for this annual 10-day event is a year-long undertaking that requires extensive preparation, organization and communication. Pickens County Habitat for Humanity staff and Campus Chapter students are both heavily involved in the planning and execution of the Build. Addison Dicks, the 2021 Homecoming House Chairman of the Campus Chapter, oversees much of the planning process within the Campus Chapter.

When Clemson University announces the dates for Homecoming for the upcoming year, Dicks and the team get to work. In the months leading up to the Homecoming Build, all members of the Campus Chapter begin fundraising efforts to help support the Build. There are several ways the students create attention to raise money. One of the more successful money-raising tactics has been the silent auction. Many local businesses donate items for the silent auction. Donors can view the items and post their bids online during Homecoming Week.

“Me and the Homecoming Coordinator from last year just started walking downtown. We started on one side of the road at the front and went in every business and told them what we were doing,” Dicks said. “We had something printed out that explained it and they would either give us something right there on the spot, or say come back later, or that COVID had hit hard and they couldn’t donate.” Dicks said.

As the Homecoming House Coordinator, Dicks fulfills many other responsibilities to make the Build a reality. He coordinates with different campus offices and organizations to ensure that everything is in place for the Homecoming Build to happen. For example, in order to build the house on Bowman Field, Dicks must consult with Clemson’s Landscape Services director to submit a plan of what the Campus Chapter will be building. Once approved, Dicks must also coordinate with University Facilities to be sure they will provide electrical to run the power tools, and provide a dumpster for any construction waste.

The Campus Chapter is required to submit a plan to the University outlining the safety protocols that students are required to follow. They must apply for a temporary structure permit. And delivery schedules must be coordinated and submitted to the University so that traffic will not be impeded when building materials are delivered to Bowman Field.

There is also work to be done outside of the University. Several local businesses consistently and generously donate materials to the Homecoming Build, without which the Build would not be possible. To keep this up, the Homecoming House Chair is responsible for reaching out to these businesses each year to lock-in their interest in donating to the Build.

“When we found out the Build dates, I would reach out to these companies and they would say, ‘We’re happy to help whenever you get the plans, just send them our way and we’ll get the material,’” Dicks said.

Chris Mastandrea, the PCHFH Construction Coordinator, is also closely involved in this process. Not only are building materials necessary for the success of the Build, but the Campus Chapter also relies on the generosity of PCHFH and Clemson University Facilities for the equipment they need to start building, such as ladders, survey equipment and construction tools.

Volunteers play a huge role in the completion of the Homecoming Build each year, so coordinating volunteers is an important aspect that goes into planning the Build. About two months before the Build, the Campus Chapter creates a volunteer sign-up form and actively shares the form around campus. They ask professors to share the information, contact campus organizations that may be interested in volunteering and send out campus-wide emails. The Campus Chapter also works to find groups to volunteer to guard the house at night.

“Every night and weekend that we’re not working we have to have guards that guard the house because we have tools and materials that get left out at night,” Dicks said. “A lot of Campus ministry groups like FCA (Fellowship of Christian Athletes) and LCM (Lutheran Campus Ministry) come out and guard the house for us, which is a cool thing for them. I think a lot of them use it as a fellowship time to get everybody together.”

Katharine Harland, the Campus Chapter vice president, organizes volunteers and handles everything that happens under the tent right next to the construction site. Harland is a sophomore architecture major who began volunteering on the Homecoming Build in 2020 through her love of structural design. Since the Build took place off-site in 2020, this year was her first time experiencing the Homecoming Build on campus along with the excitement of the other Homecoming Week festivities on Bowman Field. Harland had so much fun participating last year, even though it was in a different form, that she wanted to be more involved this year. Now her role as the vice president involves a lot of behind the scenes work.

“It’s been a lot of coordination –– getting local businesses involved in the project, and my role has been supporting all of the administrative things,” she said.

Harland’s job is beneficial in many different ways. Not only is she growing her leadership and management skills, she is also combining her love of architecture with a desire to help others.

“Structures, physical things and building are really close to my heart. And then, also using that to serve others,” she said. “Affordable housing is such a huge need, so using my passions and skills to help others has been really impactful.”

Harland’s favorite part about the Build is seeing the quick progression on the house. She also loves welcoming new and returning volunteers to the site, hoping that they discover a passion for the Build just like she did.

Jill Evans, PCHFH Executive Director, encourages members of the board of directors to volunteer on the Build. The Homecoming Build is an event that the organization looks forward to each year, and the members of the board of directors do many things to help with the Build. Not only do they donate their time, but in many years they have donated financially by providing free lunches to the adult volunteers. Many local restaurants also donate towards these lunches, a process that Dicks is in charge of coordinating within the Campus Chapter.

Mastandrea brings his team of volunteers who work with him every Tuesday and Thursday throughout the year to help with the Homecoming Build. They supervise, teach and guide the student volunteers. It’s a great opportunity for these experienced volunteers to share their construction knowledge with the students and for the students to learn from individuals outside of the University. Mastandrea is on the build site each day of Homecoming week. He works with the PCHFH and student volunteers, sharing his knowledge and experience.

The amount of energy that goes into the planning of the Homecoming Build does not stop once Homecoming Week begins. When the build is in process, Dicks is in charge of making sure that there are snacks, water and all necessary safety equipment on site. If they run out of anything, he goes to find more. Dicks spends most of his time during Homecoming week at the Build, but his professors are understanding and excited for him to get real-world experience. Dicks also coordinates to have different Clemson organizations come out to the Build and interact with the volunteers such as the tiger mascot.

Evans coordinates the media coverage of the Build. In past years, Evans has informed local media agencies that the Homecoming Build will occur a few weeks before it begins. This year, along with other PCHFH volunteers and staff, she reached out to the local media months in advance, sent out press packets and made phone calls to drum-up interest. They hoped to get special coverage of the 2021 Homecoming Build since this is PCHFH’s 40th anniversary. Evans was the representative for PCHFH during the media event, which received coverage from three TV stations, two newspapers, and multiple Clemson University publications.

Cathy Turner brings a unique perspective to the Build. Her long-lasting, continued relationship with Habitat for Humanity began about 20 years ago with two church mission trips to build houses in Honduras. These experiences fulfilled her love of giving back to others, while being an active community and church member. After serving abroad, she wanted to continue her involvement, so she joined PCHFH as a volunteer and now serves as a member of the board of directors. While she no longer works on the physical construction of homes, Turner helps on the administrative side and loves being around young people involved in the Campus Chapter.

“I’ve watched the men and women around here work with the students, and it's easy,” she said. “They put them to work.”

Throughout Homecoming week, she helped volunteers sign in and was excited to point out a 20% growth in volunteer numbers from just Monday to Wednesday morning. She said seeing volunteers with no previous building experience step into the house and start contributing to the project was a wonderful process to watch. Turner loves witnessing the growth of students and volunteers throughout the Build and has a passion for being involved in this kind of service.

Being an active member of a generous community where everyone has the same purpose and goal in mind is very rewarding. As someone who has given back through her church for so many years, Turner loves to see the tradition continue and begin with a young generation of givers.

“It’s important to me as a citizen, because the needs are great,” she said. “And I want to be a part of that.”

Once Homecoming week is over, there is still some work that needs to be done. The biggest of these tasks is moving the Homecoming house to its permanent location. Dicks and Mastandrea work together to coordinate the trucks that come in to help move the house off of Bowman Field. They also get the police department involved to escort the house and to help avoid blocked traffic.

When the moving trucks arrive, a platform is built around the house and after it is secured, which takes a few hours of work, the police escort it to its permanent location. PCHFH staff and volunteers must prepare the stie in advance to ensure it is ready to receive the house. Once the house arrives at the site, it is lowered down onto the foundation. From there, the house is worked on by the Campus Chapter and PCHFH volunteers for another seven to eight months, building the house from the inside out until it is finished.

The Homecoming Build is a Clemson tradition that many individuals enjoy watching and participating in. However, it is no easy task! There is a lot of work that goes into the Build in the months before and after it occurs. Nevertheless, being able to build a house on Clemson’s campus for a family in need is incredibly rewarding both for the students and the greater community, and those behind the scenes deserve recognition for the countless hours of hard work and preparation to make the Homecoming Build a success year after year. They are a true driving force in continuing this beloved tradition.