Getting My Hands Dirty: Volunteering on the Habitat House 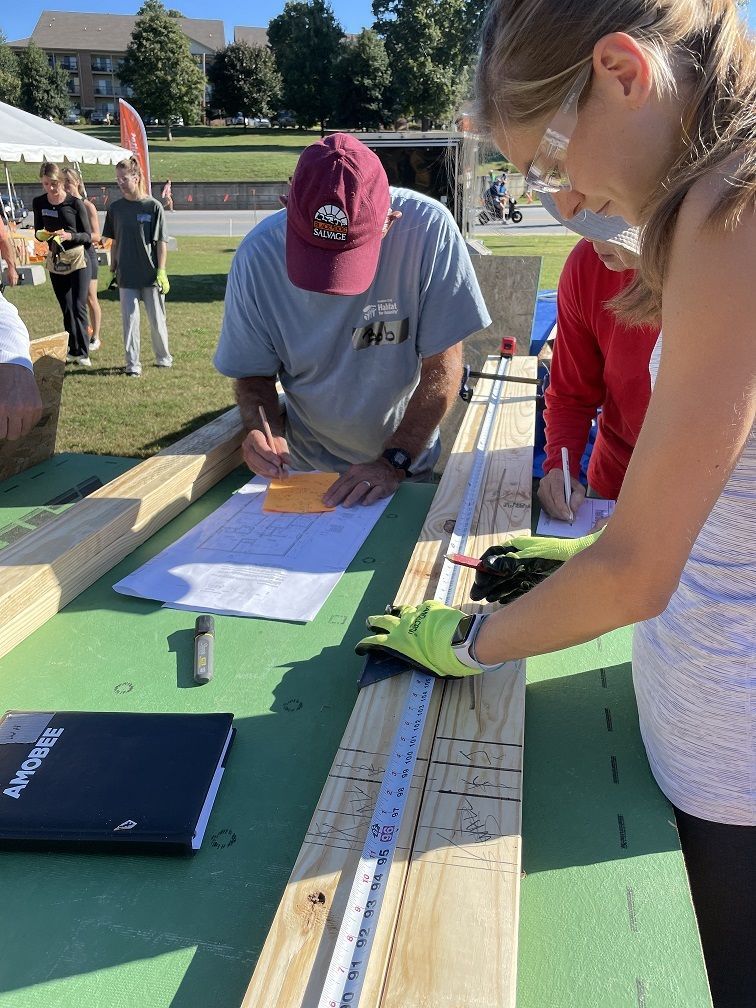 Just a few minutes after writing my first name in Sharpie on a torn piece of duct tape, I was handed a nail pouch and pair of rubber working gloves. Almost instantly, I was ready to dive in and it was go-time.

After hearing and writing about several different Homecoming House builds, I thought I had an idea of what the procedure looked like. My thought process was the following: lay out a few pieces of wood, screw them together, do some heavy lifting, paint, and bam! House built. It is safe to say that I skipped a few steps in that thought process.

I was lucky enough to volunteer during the two hours of physically lifting the walls, and to watch the house begin to take shape. While this all happened during the short span of my volunteer shift, I began to notice the many steps that came before, during, and after this installation. I also realized how things often do not go as planned, and problem-solving is a huge part of building a house. Minor gaps between the boards, faulty places in the wood, mismeasurements, and small inconsistencies in the panels caused the construction supervisors to stop, readjust, and discover solutions for the build to continue. Training the volunteers is also a large component that takes additional time in order to make sure things are done safely and correctly.

I was eventually handed the task of measuring and marking wood to be used for reinforcement at the top of the exterior and interior walls, which was easy to pick up on after a quick 10-minute lesson. At this point, I began to feel like a valued and needed member of the team and made sure that my measurements were as exact as possible to prevent any future issues. Being a part of this step and using my own two hands to build a house truly put things into perspective and I felt like I was making a difference.

Building the entire house from beginning to end is a long process with thousands of small steps to reach the finish line, but contributing to one of those steps and signing my name on a wall once we installed it felt like a huge accomplishment. The two hours that I volunteered quickly flew by, and much to my surprise, I was left wanting more! I wanted to be more involved, gain more hands-on experience, and offer a greater contribution to someone’s future home.